Planning Ahead for Local and State Minimum Wage Increases 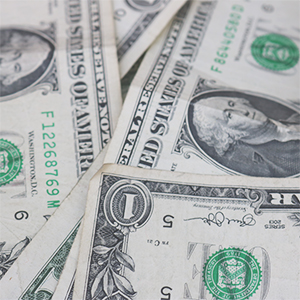 Managing payroll is already complex, and when you factor in the ever-changing regulations, it can be downright challenging. One of the changes your business may be facing in 2019 is a local or state minimum wage increase. This year, 21 states and a number of local jurisdictions have increased their minimum wage or will do so at some point.

Among the states increasing minimum wage, six are resulting from legislative bills, while eight are the result of changes in the area’s cost of living. Some jurisdictions, such as counties and cities, also impose higher minimum wages than what is required statewide.

Businesses in New York City with 11 employees or more saw a $2 per hour increase, while New Jersey’s minimum wage increased by $1.25. Washington, D.C. employers must comply with a $14 minimum wage this year. Businesses with tipped workers can apply a tip credit against the minimum wage when they are eligible, although every tipped worker must receive no less than minimum wage for each hour worked. If the tips aren’t enough, the employer is legally required to make up the difference. Some states don’t allow for a tip credit, so it depends on the specific requirements in your area.

New York state’s minimum wage is especially complicated because it has four different requirements in effect. Westchester, Nassau, and Suffolk counties’ rates increased to $12 per hour and will continue to increase by $1 per year until the minimum wage is $15 by the end of 2021. The minimum wage for the remainder of the state increased by $0.70, with two exceptions:

Next year, the statewide rate reaches $12.50 per hour.

Additionally, a bill regarding a federal minimum wage increase is currently moving through the U.S. House of Representatives. This bill proposes an increase to $15, which would more than double the current wage of $7.25, by the year 2024.

View the minimum wage laws in each state

COPYRIGHT NOTICE: All graphics, photographs, articles and other text appearing in the Blog and other official Infinisource web pages and communications are protected by copyright. Any unauthorized use is strictly prohibited, unless you obtain Infinisource’s express written permission. To obtain permission, please contact Infinisource at marketing@infinisource.com